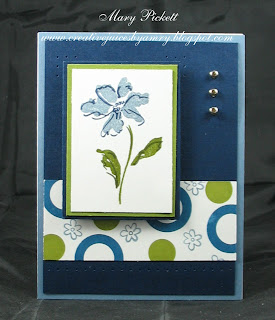 Sing it like Carly Simon now! ..."Anticipation, anticipa-a-tion. It's makin' me late. It's keepin' me waiting." These words are about my life today. The very long-a-waited TV installation day has finally come and we're very excited about it. But as everything else in my life goes, I have to wait just a little longer. The install guys were supposed to be here at 9:00 but were delayed and weren't here til 11:15. Then after working for about an hour and a half they had to go buy some trim and wire (that's code for: they needed to get some lunch). They finally got back about 2 hours later only to tell us that they couldn't find matching trim for our cabinet surrounds, probably because they were custom made, so they will have to hand router some and install it at a later date. After seeing the open-mouthed, dumbfounded, disappointed looks on our faces they did assure us that they can continue with the TV/surround sound install and that we will be watching TV like everyone else in the 21st century tonight. I'll believe it when I see it.
Anyway, since I had nothing else to do except keep my kids and dog entertained without leaving the house I thought I would make a card. I have a friend whose sister was in a terrible car accident a week ago. She was not seat belted and was thrown out of the car and landed in the road. She suffered multiple broken bones, collapsed lungs, a ruptured spleen, and a head injury of which she has already had one surgery for so far. She is stable but very critical. Her 16 year old babysitter was also in the car not seat belted, was ejected and pinned under the car. She is doing much better than Sarah. Sarah's 1 year old son was in the car too but luckily was buckled in his car seat and was uninjured. So it proves that you should always wear your seat belts!!! This is my husband's lifework almost. He gives tickets for this all the time to try to get people to change their ways. He said evidence proves that you will sustain much fewer injuries/if any at all if you can stay in the vehicle during a crash, and the only way to be assured of that is to wear your seat belt. So this is a card I made for my friend. I really wanted to put a green ribbon across the patterned paper but I didn't have any that matched and I couldn't leave the house to buy some because of the install guys. Oh well. On the inside it says "You're in my thoughts and prayers." I feel so helpless in this situation so all I can offer are my prayers.
Take care today and Buckle Up!!!
Posted by Mary at 3:49 PM

Hi Mary:
Where are you. I have missed your cards and blogging. 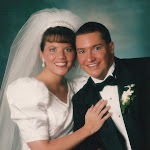